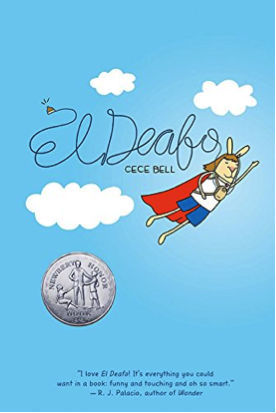 Imagine losing your hearing as a child. Imagine losing friends because of it. Imagine having to go to a new school where you know no one, and where you have to learn to communicate. This is the true story of what happened to author Cece Bell.

All the other students at Cece's old school, her first school, were deaf and didn't care about her Phonic Ear hearing aid. but at her new school, a public school, the device she needs to hear seems to be repelling the one thing she really wants: friends. This graphic novel chronicles the author's experience with hearing loss. 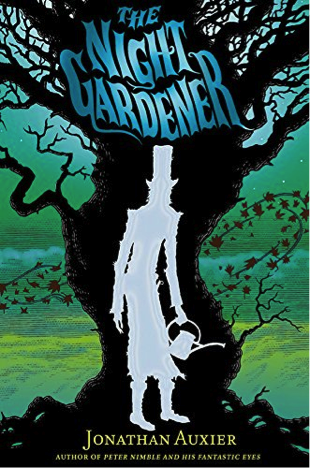 Irish orphans, Molly and Kip, travel to England to work as servants in a crumbling manor house where nothing is quite what it seems to be. Soon the siblings are confronted by a mysterious stranger and secrets of the cursed house. Genre: Suspense

All the other students at Cece's old school were deaf and didn't care about her Phonic Ear. At her new school, the device she needs seems to be repelling the one thing she really wants: a friend. This graphic novel chronicles the author's experience with hearing loss. Genre: Graphic Novel 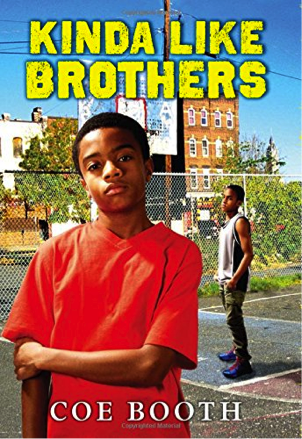 Jarrett's life is disrupted when his mom takes in a 12-year-old foster child. Jarrett's summer at the Youth Center is also being ruined by the foster "brother" who seems to excel in everything. The friction between the boys escalates and threatens both of them as they grow to understand the other's pain. Genre: Realistic Fiction 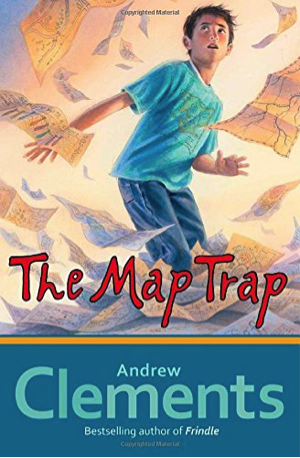 According to map obsessed Alton Ziegler, maps can be used to chart human behavior, effects of cafeteria food, clothing choices, and cliques.  But Alton finds himself in uncharted territory when one of his “secret” maps is stolen and he has to discover how to undo the potential damage to his middle school reputation. Genre: Realistic Fiction

Mr. Ferris and His Wheel 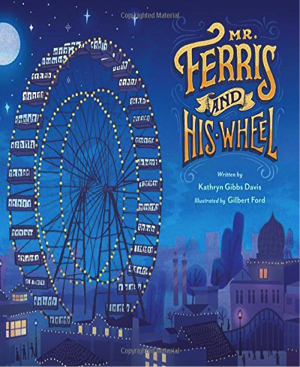 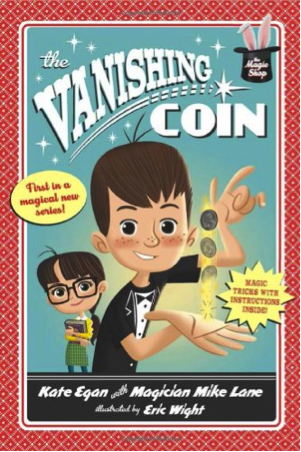 Fourth-grader Mike Weiss isn’t a bad kid, but he’s always in trouble. Mike and his new neighbor Nora (who is good at everything) find the White Rabbit Magic Shop, which is owned by a real magician. They begin to discover that magic might be the thing Mike is really good at. Genre: Fantasy 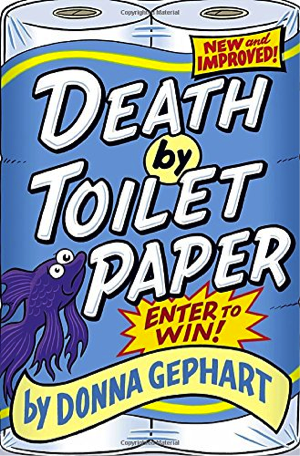 Have you ever dreamed of entering a sweepstakes and winning the big cash prize? That’s exactly Benjamin’s plan to fulfill his promise to his Dad and to save himself and his mom from being evicted. Plans never go smoothly especially when you are being bullied at school and your grandfather with Alzheimer’s moves in. Genre: Realistic Fiction 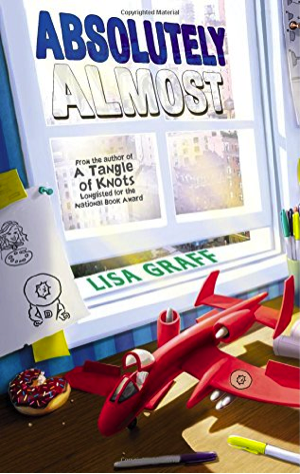 It's hard not to be good at anything. Just ask ten-year-old Albie, who is failing math and is the target of the school bully. His parents hire a tutor/babysitter for him and insist that he" just needs to try harder in school.” Albie learns to cope with the stress of a new school while learning to stand up to the bully and make new friends. Genre: Realistic Fiction

Life of Zarf: The Trouble With Weasels 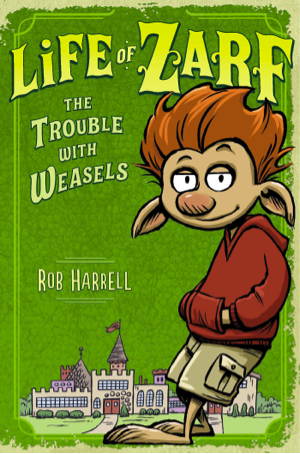 Love fractured fairy tales? Zarf is a troll who lives among fairy tale characters. After the King goes missing, Zarf’s arch nemesis, Prince Roquefort, takes over the kingdom. Zarf must team up with his best friends to save the day. Genre: Fantasy

The Swift Boys and Me 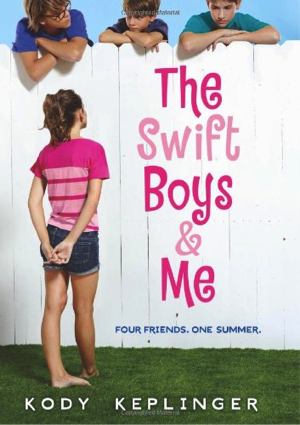 Nola has been friends with the boys next door her whole life. That is until one night when the boys’ father leaves without saying goodbye. Nola just wants things to go back to normal, but will things ever be normal again? Genre: Realistic Fiction 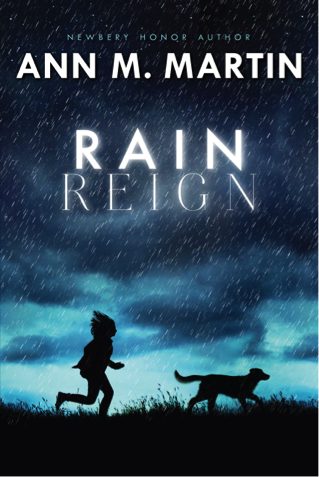 Rose is a special 12 year-old year who is obsessed with homophones and prime numbers. During a terrible storm, her dog goes missing and it is up to her to find him with help from her uncle. However, when she finds her dog, her reunion does not go exactly as planned. Genre: Realistic Fiction

Kate Walden Directs the Night of the Zombie Chickens 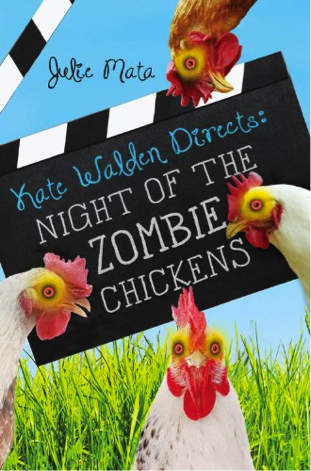 Kate Walden wants to be a famous film director.  However, she has to deal with her mother's job of raising back yard chickens as well as a best friend who has recently been hanging with the popular girls in school. Without her main actress, and crazy chickens in the way, can she accomplish her movie making dreams? Genre: Realistic Fiction 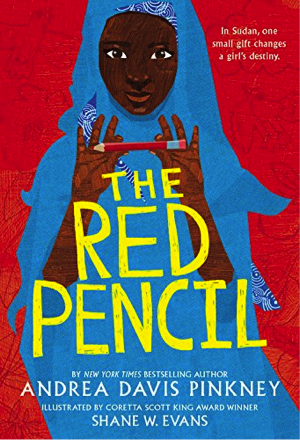 Set during the tragic genocide in Darfur, Sudan, 12 year old Amira witnesses the brutal storming of her village and death of her beloved father. Amira tells her story in symbolic verse, as she journeys to hope in the Kamal refugee camp and dreams of an education beyond the expectations of a girl. Genre: Novel In Verse 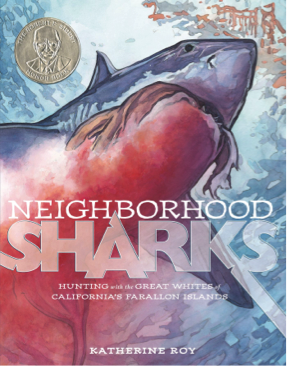 Ever wondered why sharks can never stop swimming? Or why sharks are seal hunting machines? Find out about sharks from the inside out in this great non-fiction book! Genre: Nonfiction 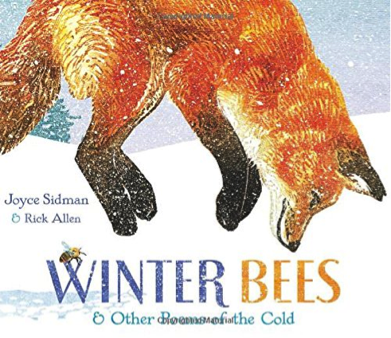 Animals have different ways of coping with the winter. Along with great illustrations, this book of poems will teach you how different animals and plants survive in the winter. Genre: Poetry 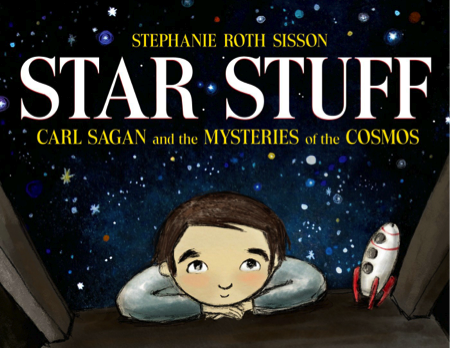 Ever look up at the night sky and wonder about the stars and planets? As a boy, Carl Sagan’s curiosity about the universe took him on a life long journey of imagination, exploration and discovery to understand what lies beyond our world. Star Stuff tells the story of how Carl Sagan became a renowned scientist who shared with us the fascinating field of astronomy.  Genre: Nonfiction 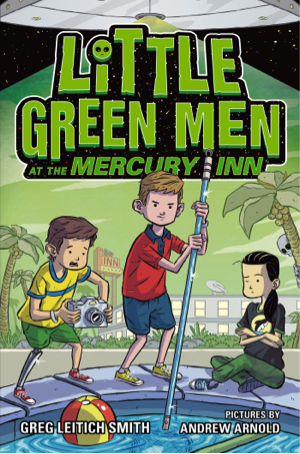 Aidan’s family runs a motel near Cape Canaveral, Florida that attracts guests with an interest in space shuttle launches. When a UFO is sighted and a prosthetic limb starts picking up alien radio transmissions, Aidan begins to realize that some of the guests of the Mercury Inn might know more about inter-galactic travel than he thought. Genre: Science Fiction

Another Day As Emily 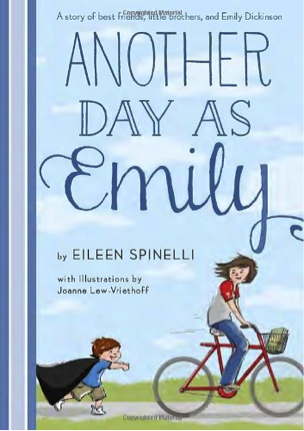 Eleven year-old Suzy has been having a run of bad luck and hurt feelings – especially with the attention her little brother is getting for making a heroic 911 call. Suzy decides that she’ll be better off becoming a reclusive poet like Emily Dickinson. How hard can it be to spend the summer in her room, writing poetry, with no friends, no visitors and none of the usual summer fun? Genre: Novel In Verse

Twelve-year-old March has spent his life traveling the world with his father, a renowned cat burglar, learning the family business. This all ends when his father dies during their last heist, leaving March alone and caught by the authorities. On his way to a group home in the United States, March meets his twin sister Jules, whom he never knew existed. March and Jules must work together to break their family curse before they die on their thirteenth birthday. Genre: Mystery 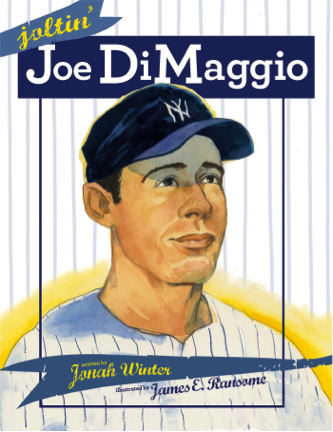 When he was only nineteen years old, Giuseppe Paolo DiMaggio, Jr., an Italian immigrant from San Francisco, stepped into the retiring shoes of Babe Ruth on the Yankees baseball team. Joe was quiet and shy, yet he fought prejudice and made headlines for his 56-game hitting streak.  Genre: Nonfiction