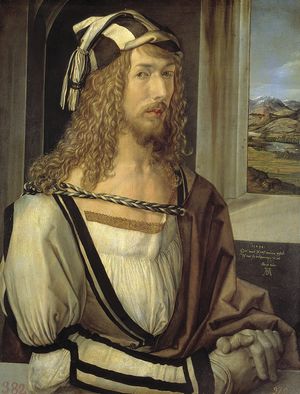 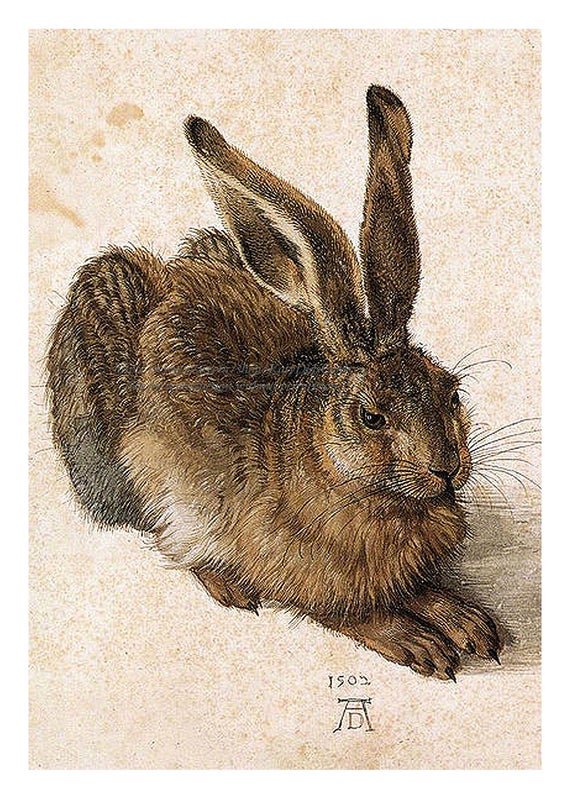 Look at the prints of Albrecht Durer and how he created the textures of the “Young Hare”,  See how he represents the fur of the rabbit. How will you create your rabbit. What color will you use?

Albrecht Dürer (21 May 1471 – 6 April 1528) was a German painter, engraver and mathematician. He was born and died in Nuremberg, Germany and is best known as a maker of old master prints.

Dürer's prints made him famous across Europe before he was 30, and many people say he is the greatest artist of the Renaissance in Northern Europe.

Albrecht Dürer has been credited with inventing the basic principle of ray tracing, a technique used in modern computer graphics.

His father wanted him to continue his training as a goldsmith, but he was so good at drawing that he started as an apprentice to Michael Wolgemut at the age of fifteen in 1486. Wolgemut was the leading artist in Nuremberg at the time, and had a large workshop making different types of works of art, in particular woodcuts for books. Nuremberg had strong links with Italy, especially Venice, a relatively short distance across the Alps.

His first painted self-portrait is now in the Louvre. It was painted in Strasbourg, probably so that Dürer could send it back to his fiancée in Nuremberg. In fact, very soon after he got back to Nuremberg, on 7 July 1494 Dürer was married to Agnes Frey.  Within three months Dürer left for Italy. The start of plague in Nuremberg was one reason for his leaving. 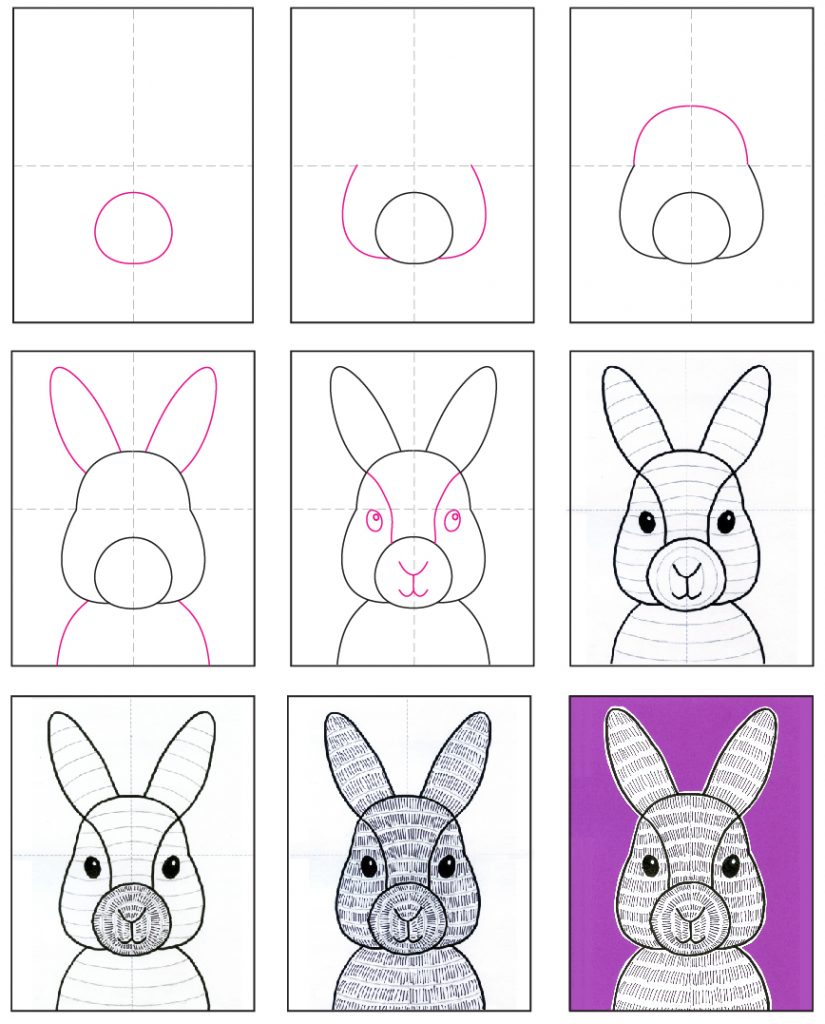 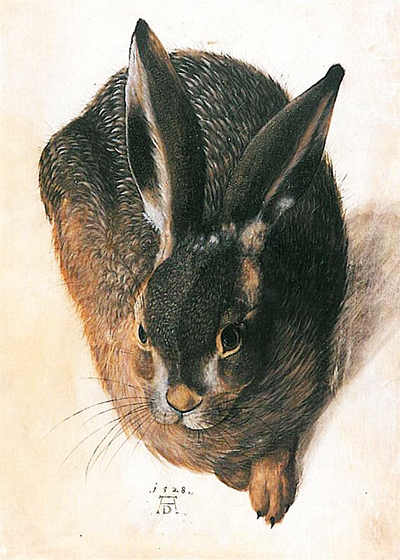 Follow the directions to draw a cute bunny face. The dotted lines mean to fold your paper into quarters before you start.  The lines in panel 6 are light pencil guide lines to help you keep your vertical fur lines straight.  Notice the lines around bunny’s nose radiate around the circular shape, radiate means they come out from the center like the rays of the sun, or the spokes on a bike tire.