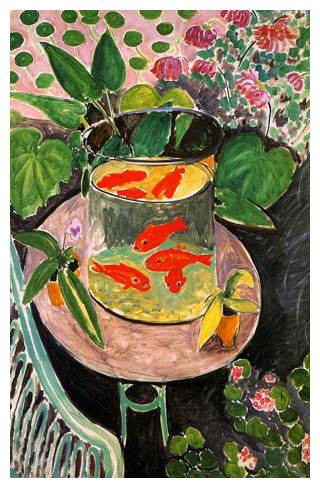 Henri Matisse grew up in the northern part of France.  In 1889 Henri came down with appendicitis. During his recovery his mother got him some art supplies for something to do. He fell in love with painting and art. He decided he wanted to become an artist.

In the early 1900s Matisse developed a new style. He began to paint with bright masses of colors that were freely applied. He used the colors to express emotion often using colors that had nothing to do with the natural colors of the subject. In 1905 Matisse, together with fellow artists exhibited their new style to the world. One critic called them "fauves", which meant "wild beasts". The name stuck and their style of art was called Fauvism. 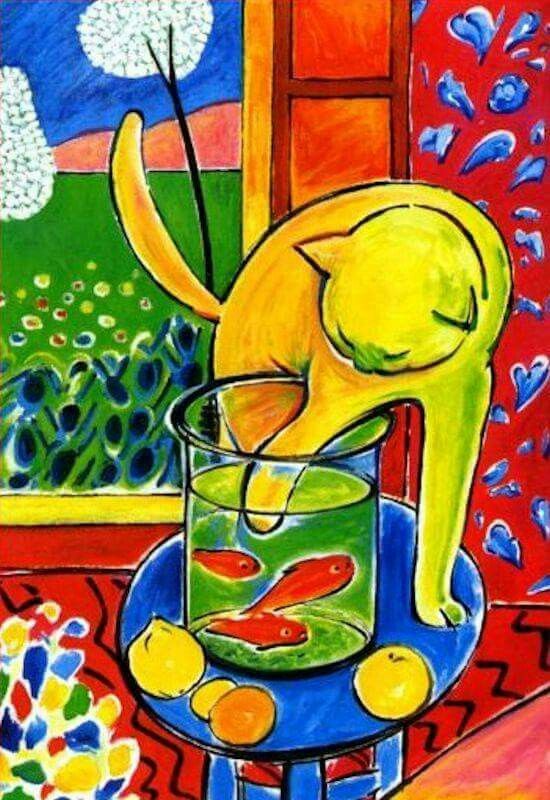 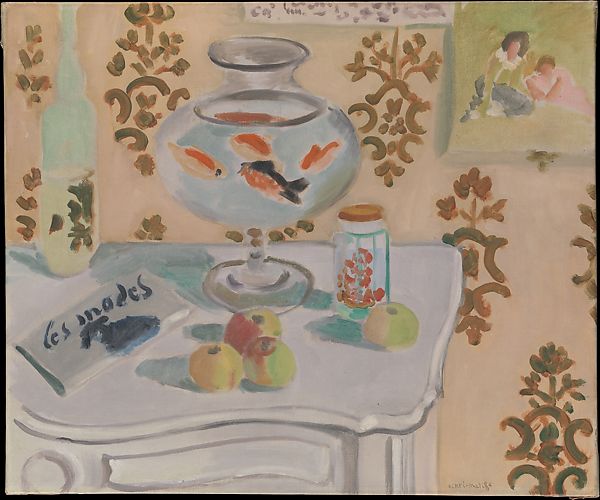 You can use these directions to create your own Fish in a bowl.  You can draw one fish, or many fish.  Like Matisse use bright colors. 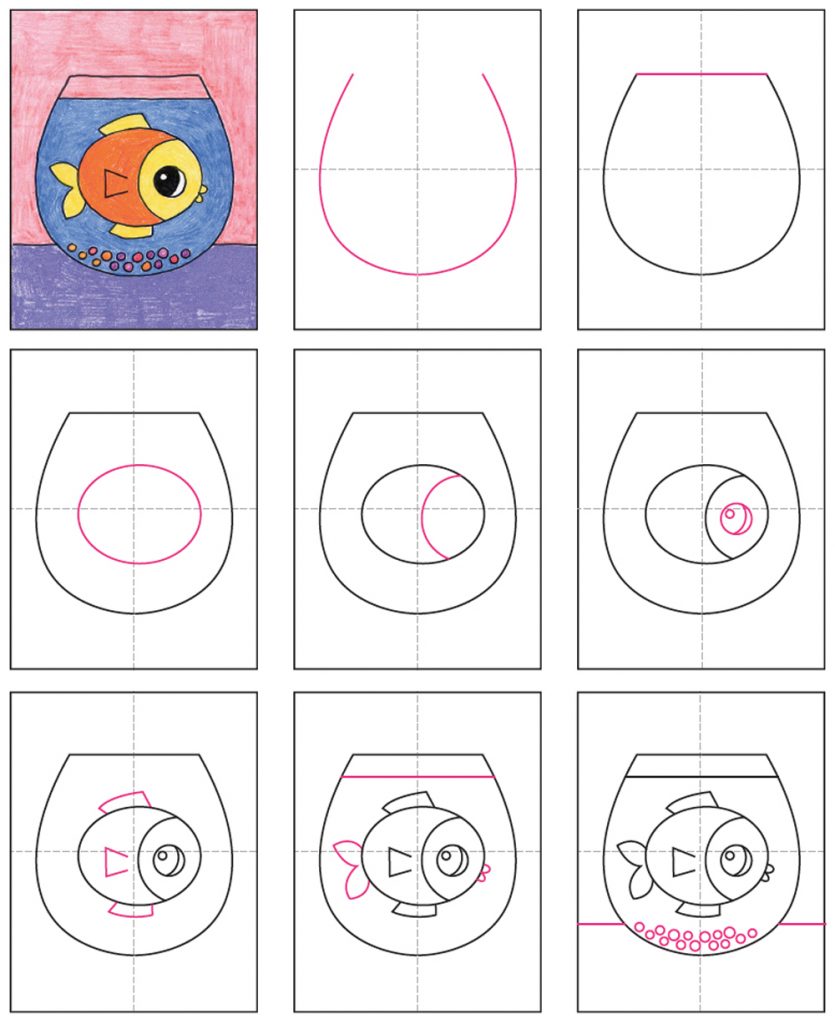 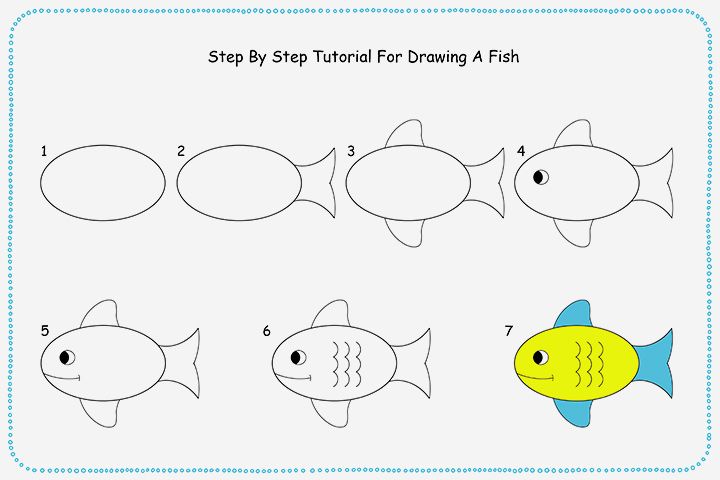 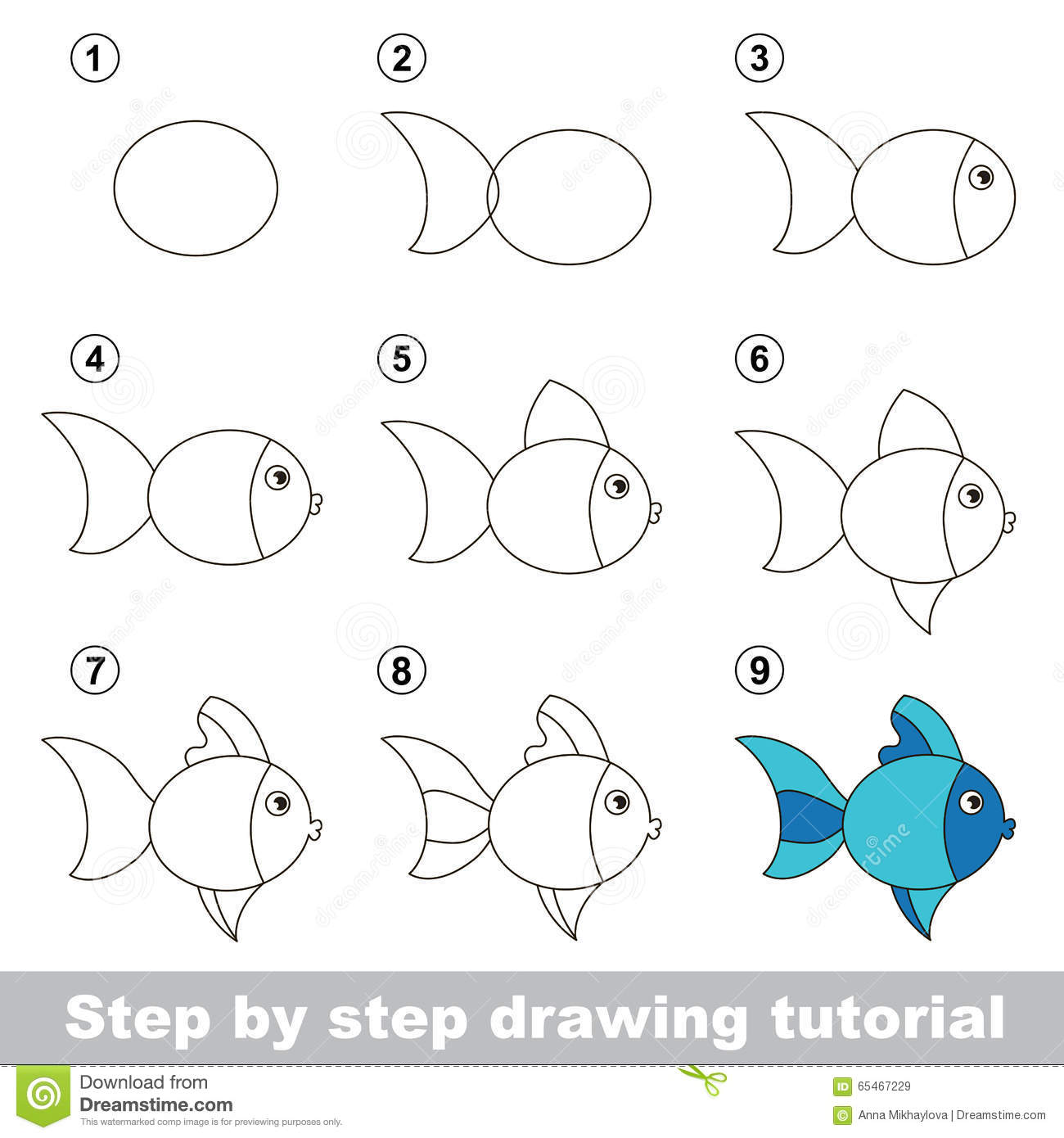