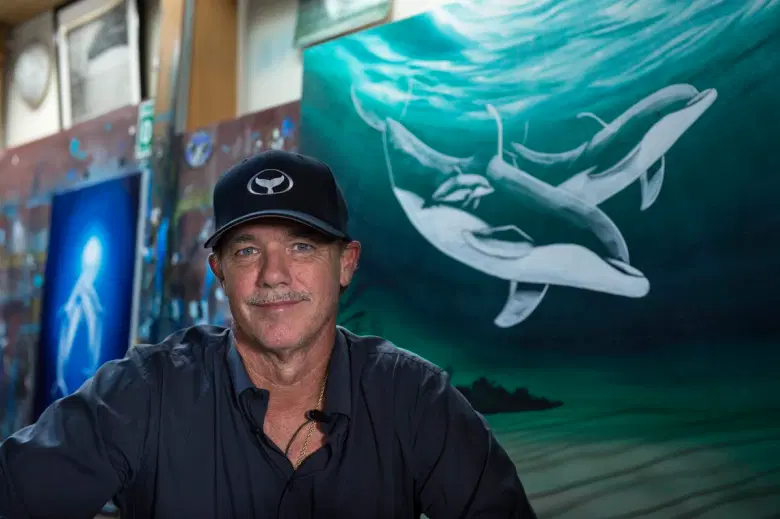 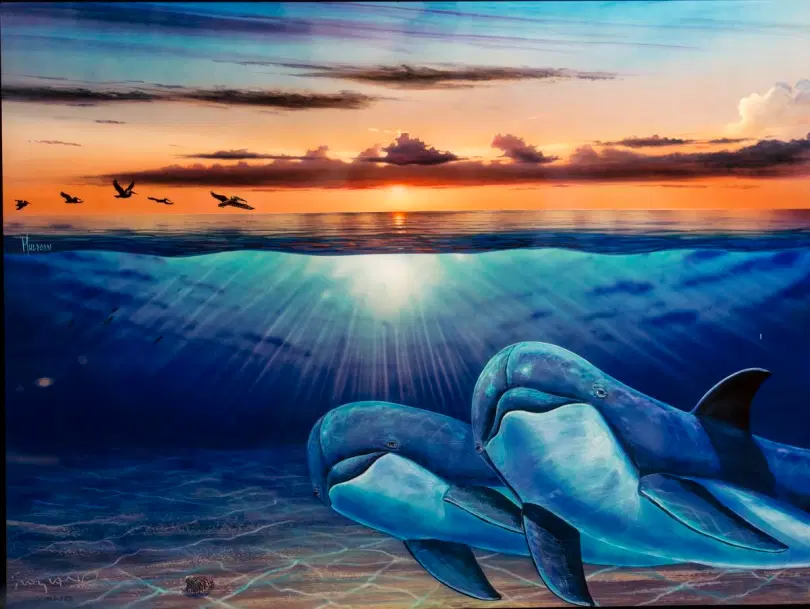 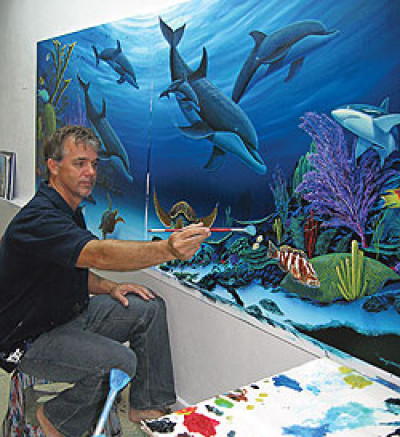 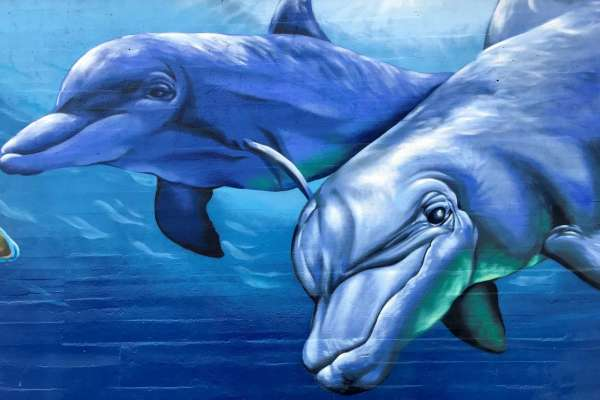 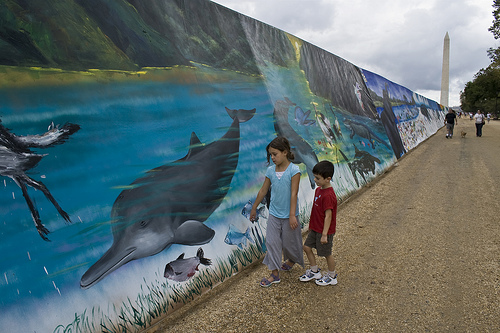 To hear Robert Wyland talk about his art

To learn more about dolphins

Renowned marine life artist Wyland helped change the way people think about the environment when he started painting his evocative, life-sized murals of whales on the sides of buildings in the 1980s.Creating massive murals that cover the sides of 100 skyscrapers, sports arenas and large public buildings in 18 countries

Wyland was fascinated by Cousteau and his explorations of the underwater world. He saw Cousteau as a poet and wanted to be like him – except he wanted to dive the oceans and paint what he saw. After the trip with his family, he returned to Michigan with purpose. He spent his high school years years in libraries poring over books on whales. At night, he went to the basement and drew. His art style changed from whimsical – based on his love of Walt Disney – to science-based.

Wyland wanted viewers to see the whales and dolphins that live in the world’s oceans in their actual size. He hoped that would translate into an understanding of their power and intensity and, ultimately, into love for the creatures.

“I was frustrated with painting whales on canvas,” Wyland said on a recent weekday sitting in his artist-live-work gallery on Coast Highway. “I knew if I really wanted to represent the gray whales, I had to paint them on big walls. I knew if I could paint enough, people would become advocates. He realized art could play an important role in preserving the environment and protecting marine mammals. So he went to the lagoons of San Ignacio in Baja to see whales up close. He touched their skin and their baleen to more realistically create their images.

Today, Wyland’s artwork can be found in museums, corporate collections, and private homes in more than 100 countries. He resides in Laguna Beach, Islamorada, and the north shore of Hawaii.

Using the directions below, try drawing your own dolphin.  It starts with a rainbow shape. 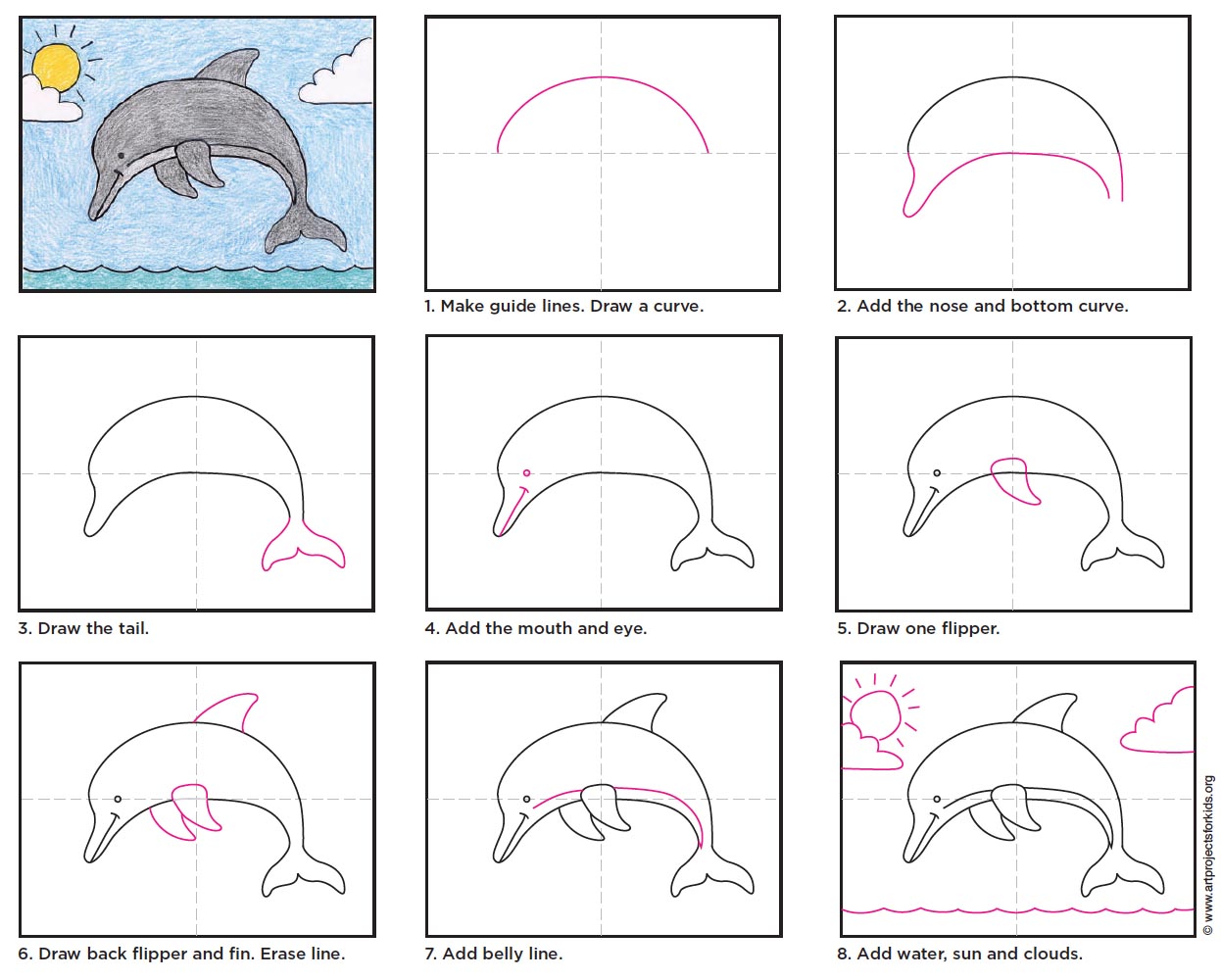