The Eiffel Tower has stood in Paris since 1889.

The company that built it was owned by a man called Gustave Eiffel.

That’s where the tower gets its name.

The Eiffel Tower was built as the main exhibit at the 1889 World’s Fair – a big international exhibition.

The tower was only supposed to stand for 20 years, but because it is also used to transmit radio programs, it was allowed to stay!

Since it was built, over 250 million people have visited the tower and today it is one of the most well-known buildings in the world.

“Paris Through My Window”  Marc Chagall

See the link below for more info about the Eiffel Tower

If you’d like to take a virtual tour of the Eiffel Tower:

Use the instructions below to draw the Eiffel tower, What season will it be in your picture.  Remember the tower is symmetrical. Use the fold lines to find the center 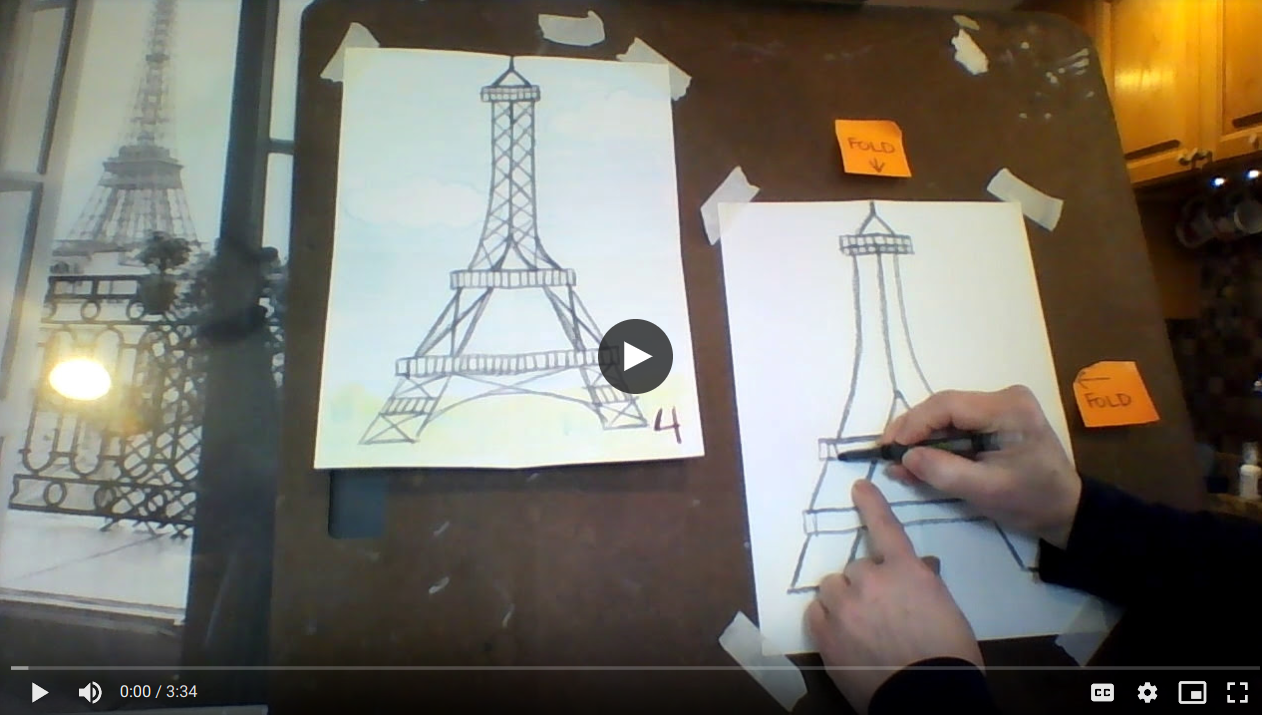