George Rodrigue (March 13, 1944 – December 14, 2013) was a Cajun artist who grew up in New Iberia, Louisiana. He went to an all-boys high school and then later studied at two art colleges, one in Louisiana and one in California. He later trained in New York. He began by painting outdoor scenes at family gatherings, using an oak tree as his main subject in hundreds of paintings. Later he started abstract painting of Louisiana legends and the history of its people.

He is best known for his Blue Dog series of paintings. He modeled the Blue Dog after his own pet named Tiffany. She had died a couple years before the first painting was ever made. That first painting was made for the cover of a scary book. It was a little eerie, the subject being a pale scruffy dog with red eyes. Eventually they became friendlier images of the Blue Dog. He died of cancer on December 14, 2013, aged 69.[1]

This link will let you  listen to the Story “Why is Blue Dog Blue”   https://www.youtube.com/watch?v=761qdLp4LZE

These links will teach you more about George Rodrigue

Using the directions below, draw your own version of George Rodrigue’s Blue Dog.  Remember Blue Dog Doesn’t always have to be Blue.  George Rodrigue has put his dog in many different environments and backgrounds,  how will you portray your dog?   Fold the paper into quarters, you can use a container or something round at your house to draw the circle, make sure you fill the page, be creative, 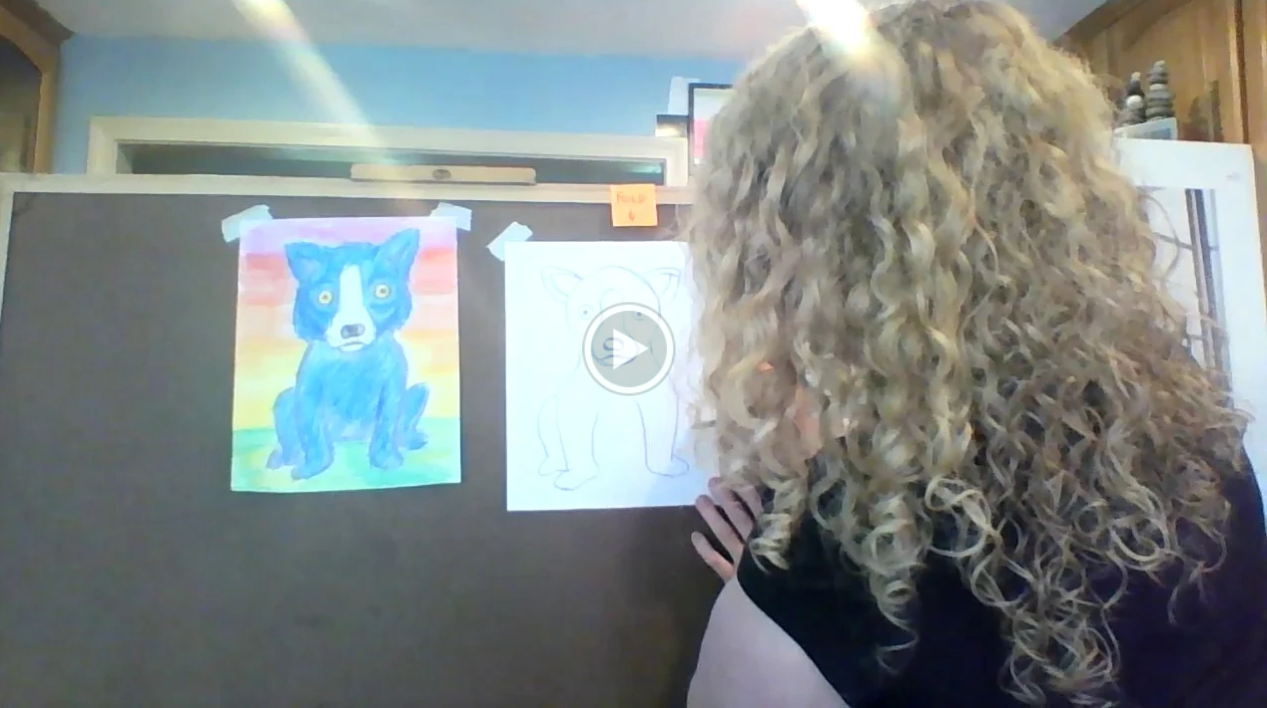