Design your own Castle

If you are able view the video clip  Castles for Kids Free School https://www.youtube.com/watch?v=AesgRREuCQI

Using the directions below, or your own creativity, design a castle.  Remember to use a straight edge, if you don’t have access to a ruler, the side of a box or book can work nicely, you can also use the side panel of a cereal box or pasta box to create rectangles of even sizes.  You can even cut up recycled cardboard to create rectangles or window shape tracers so your windows will be even in size.  As seen in the photos above, castles could be symmetrical (the same on both sides or asymmetrical different on each side) how will you draw your castle.  How will you show the texture? Will there be straight lines to represent the granite blocks or bricks?  Or will it be rounded stones.  How will your castle be landscaped?  What season is it in your drawing? 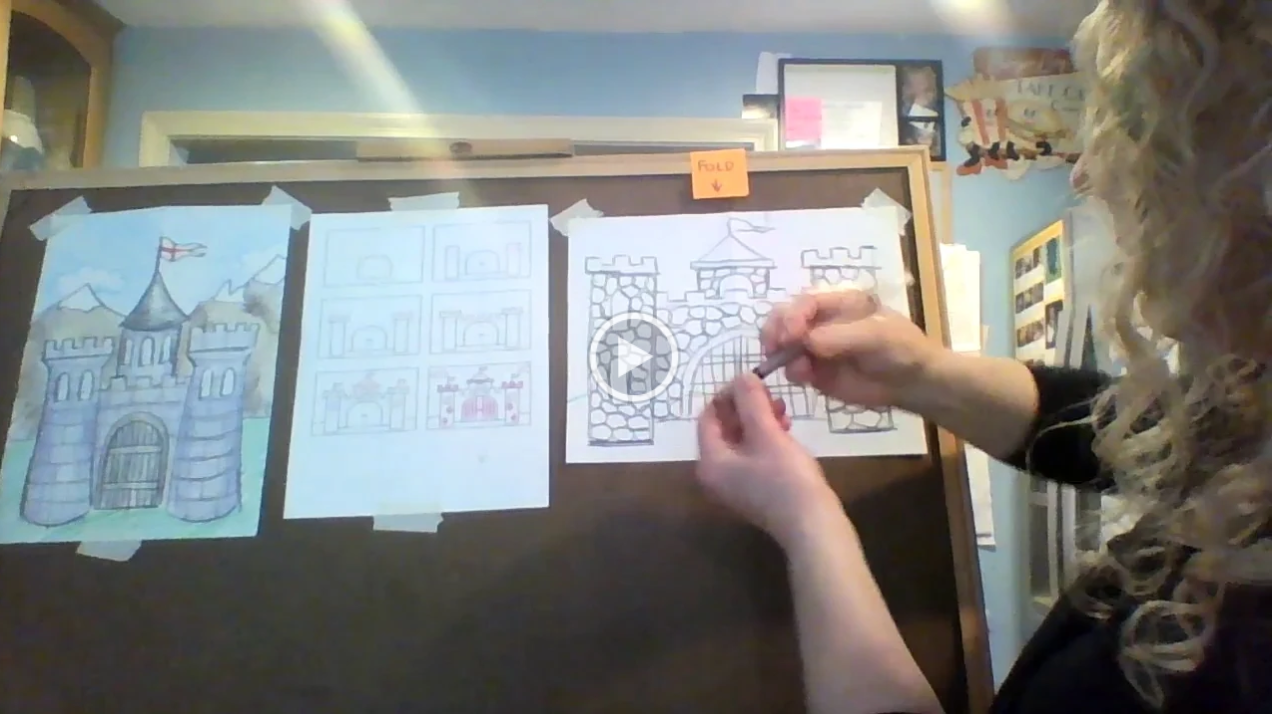