The Soup Can artwork above was done by Andy Warhol  WHO IS HE?

Andy Warhol was part of the pop art movement. He was born Andrew Warhola in 1928 in Pennsylvania. His parents were from a part of Europe that is now part of Slovakia. They moved to New York in the 1920s.

His first job was illustrating adverts in fashion magazines. Now is he known as one of the most influential artists who ever lived!

WHAT IS HE FAMOUS FOR?

WHERE DID HE MAKE ART?

Warhol hung out with a group of actors, models and artists in New York city in the 1960s. Warhol's studio in New York City was called The Factory. This was a reference to the mass-produced nature of his artworks. He saw art as a product, the same as the clothes you wear and the food you eat.

He loved Los Angeles, beauty and plastic, things that were modern and changed quickly, like the toys above.  If he was alive now, what do you think would inspire him.

These links tells you more  about Andy Warhol and his art:  https://www.youtube.com/watch?v=7VH5MRtk9HQ

This link is a drawing tutorial to help you make your cylinder or soup can.  A cylinder in art is called a form, or a 3 D shape.

Go into your kitchen and locate a can of any kind.  It does not need to be soup.  Draw the can and the label using pencil and crayons.  Below are some examples of student work as well as canned goods, followed by some instructions as to how to draw a cylinder shape.  You could also design your own unique can label.  How would you portray it, what colors would you use? 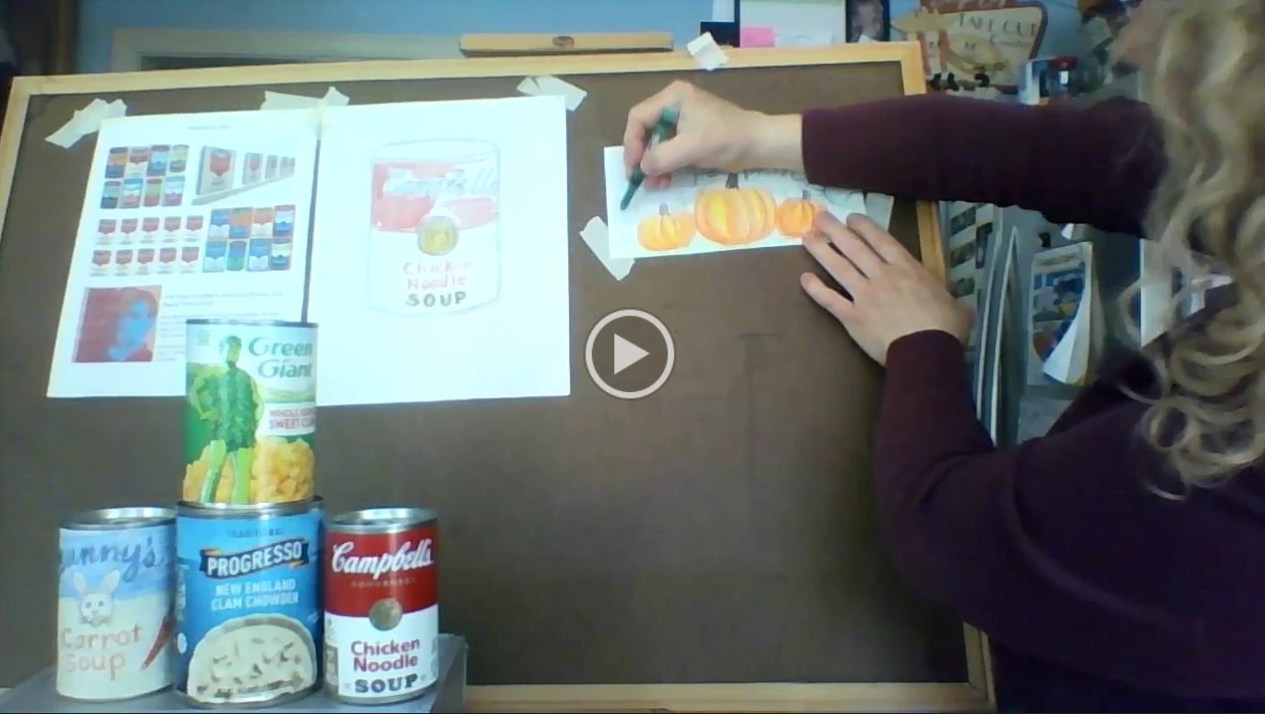