Hopper was born in 1882 in Upper Nyack, New York, a yacht-building center on the Hudson River north of New York City. Hopper was a good student in grade school and showed talent in drawing at age five.Hopper's parents encouraged his art and kept him amply supplied with materials, instructional magazines, and illustrated books. By his teens, he was working in pen-and-ink, charcoal, watercolor, and oil—drawing from nature as well as making political cartoons. In 1895, he created his first signed oil painting, Rowboat in Rocky Cove. It shows his early interest in nautical subjects.  In 1930, the Hoppers rented a cottage on Cape Cod in South Truro, Massachusetts. They returned to South Truro every summer for the rest of their lives, building a summer house there in 1934.  He painted the majority of the pure seascapes in the period between 1916 and 1919 on Monhegan Island.  The Lighthouses were painted in Gloucester, Massachusetts.    https://kids.kiddle.co/Edward_Hopper

For a lighthouse tour :  https://www.youtube.com/watch?v=A6iQu_c-RWc

To see the lighthouses of New England:  https://www.youtube.com/watch?v=14Ey7GBHGok

The story  “The little Red Lighthouse and The Great Gray Bridge”  https://www.youtube.com/watch?v=9qsBv8xInQI

Below you will see some examples of real lighthouses and student lighthouse drawings. 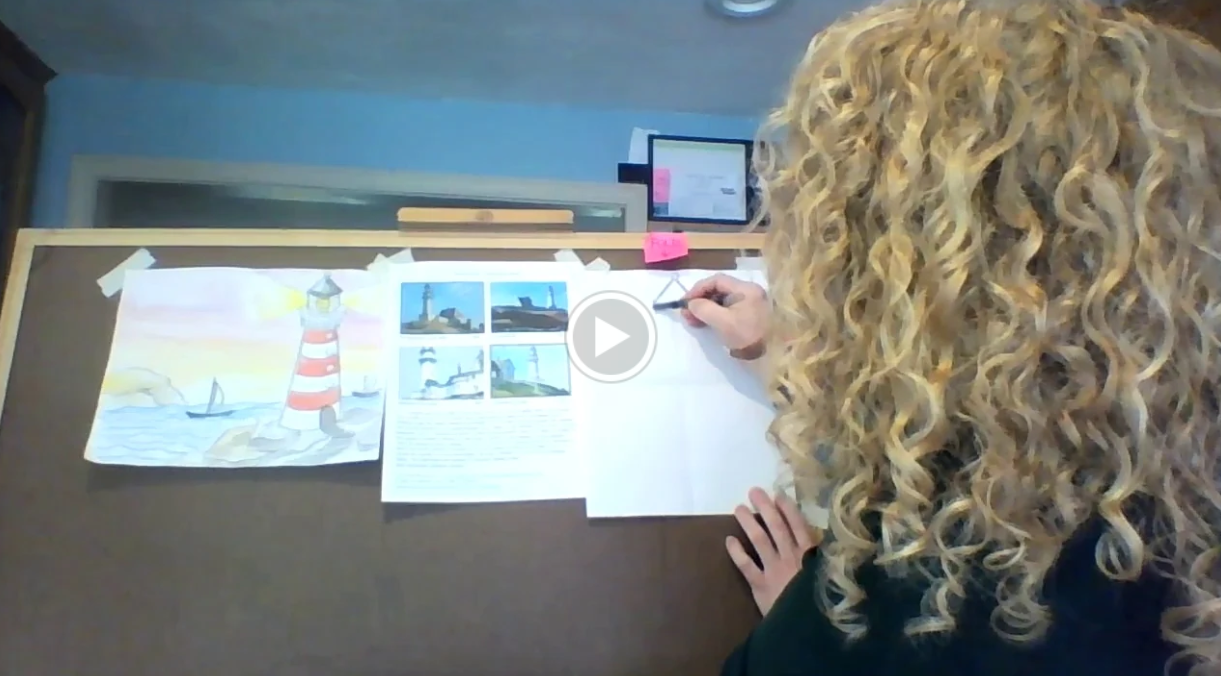